Medals awarded to an “exceptional” policeman famed for capturing a notorious London gang on the day of England’s 1966 World Cup victory have been saved for the nation. 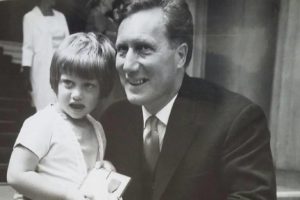 World War Two veteran Det Sgt Laurie Scott’s eight medals were bought for the Met’s museum by former officers who raised more than £11,000 to buy them at auction.

They included a George Medal from the Queen for “exceptional” bravery in catching an armed fugitive and medals for service with the Parachute Regiment.

Mr Scott’s daughter Jan said she thought she would never see the medals again when she sold them in 2015 to an auction house after his death aged 90 and donated the proceeds to the Parachute Regiment and Airborne Forces Museum. 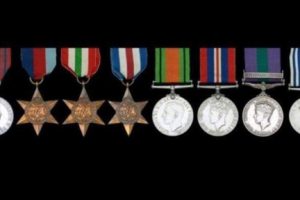 Two retired Met officers launched an online fundraiser to buy them when they spotted them for sale.

Mr Scott, from Barnet, fought in the Battle of Arnhem. In the Met, his cases included the arrest of 16 members of the Richardson “torture” gang, adversaries of the Krays, on World Cup final day in 1966.

He was given his George Medal in 1967 for catching a gunman.